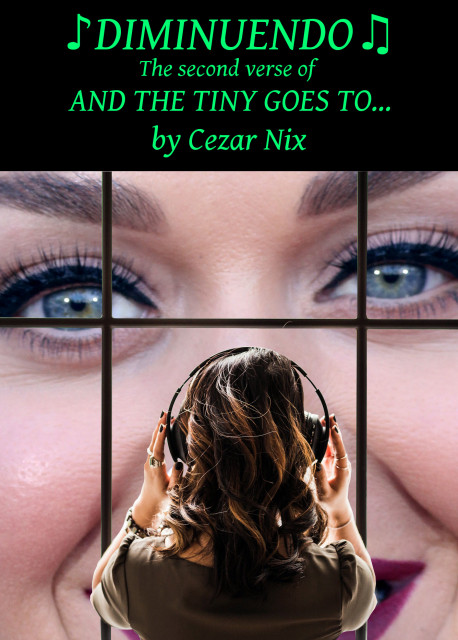 “Mmm, that smells wonderful. What--what the fuck?!” Chrissie said sharply from beside her. Elizabeth turned to see that Chrissie, who had leaned over to inhale more of the perfume, was peering down into Elizabeth’s purse, where the six-inch Tara had moved around so that she was visible in the opening. She was looking up and waving her arms frantically, and Chrissie had noticed her. Elizabeth’s heart sank.

“Lizzy!” Chrissie said, beaming a wide grin at Elizabeth. “You...you weren’t kidding, were you? That’s the girl who was sitting here! You really did shrink her into a little naked toy!”

“Well, no, that’s not her,” Elizabeth replied, stunned at the broad smile on Chrissie’s face. “I mean, yes, I did that, but she’s another girl I shrunk earlier…”

“Can you do it to me?!” Chrissie asked, her voice full of breathless excitement.

Elizabeth’s jaw dropped, and she said nothing for several seconds.

“Can she what?!” came Tara’s outraged squeak from the purse, breaking the silence. “You can’t seriously want--”

Elizabeth snapped the purse shut. “That’s enough out of you,” she said. Turning back to Chrissie, she continued. “Can I what?!”

“I want you to shrink me too!” Chrissie said brightly. “It just seems so fun and sexy!”

“Um…” Elizabeth was still utterly floored that Chrissie was not only completely calm and accepting upon seeing a shrunken naked woman in someone’s purse, but that she was also apparently eager to try it for herself.

“What’s the matter?” Chrissie asked. Her beautiful, full lips curved downward into a pout. “Don’t tell me you can’t shrink me…”

“Yes. I-I mean no. I…” Elizabeth sputtered. “I mean, I can totally shrink you, sure. I was just...really thrown for a loop when you said that. I wasn’t expecting that kind of response.”

“Are you kidding?” Chrissie asked. “Ever since I saw your SoCal Chicks video, I keep finding myself imagining what it’d be like to be the size of a doll. Seeing the world from that perspective would be amazing!” She flashed another smile at Elizabeth. “So what are you waiting for? Show me how the magic happens!”